Sometimes it takes losing everything to grow and discover yourself. NUS BBA alumna Anthea Ong‘s story is one such take on triumphing over adversity.

After her graduation in 1990, Anthea built a successful career, got married and even embarked on an entrepreneurial venture in education technology and consulting.  She made all the right moves that paid off.

However, unfortunate circumstances led to her losing everything almost overnight – her marriage, her business and her sense of self.   “For the first time in my life, I had fallen off the safe path and didn’t know what the future held.  It was the darkest period in my life,” recalls Anthea. As part of her healing process, she embarked on a journey of self-discovery by embracing yoga and meditation to regain her strength, courage and belief in herself.

“It was hugely liberating to realise how much courage and strength there was deep within me, not because I have no fear but because I can still keep walking ahead in spite of the fear. It was in the complete loss of a pre-conditioned way of being that was expected of me that I found my true purpose of self-realisation and service to humanity.”

In December 2013, Anthea decided to leave her full-time job as Managing Director for a boutique bank consulting firm under a UK-listed group. It was time, she felt, to fully embrace the change she wants to see in the world. 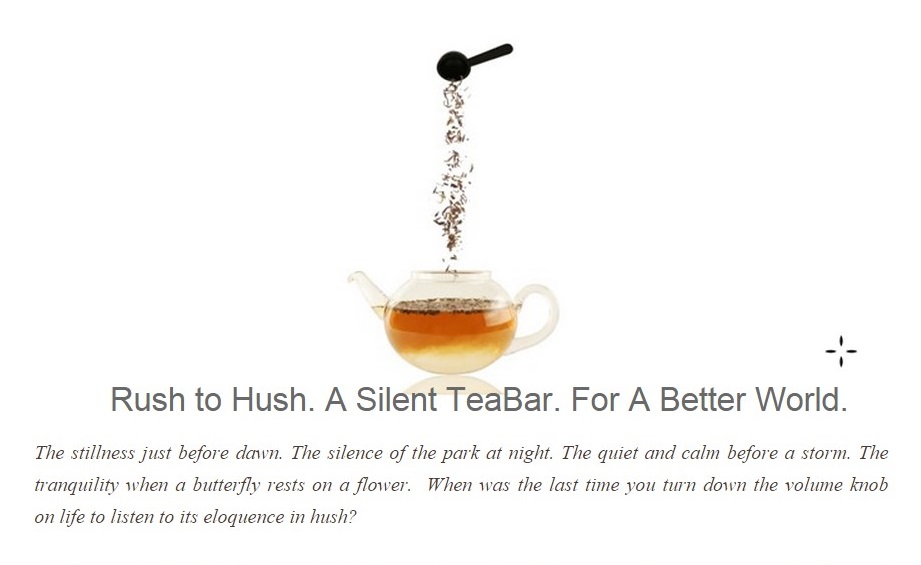 Her ideals are reflected in her latest social movement, the Hush Tea Bar – Singapore’s first, silent tea bar that was launched in July 2014. Hush encourages mindful tea-drinking in silence to achieve genuine self-awareness.  Tea at Hush is brewed by trained “TeaRistas” who are hearing-impaired. Anthea’s goal is to bring the hearing and hearing-impaired worlds together, and in doing so, encourage silence and awareness for the busy, modern lifestyle.

This is done through a quarterly, pop-up event Rush to Hush, which is open for public, and Hush@Workplace, which are organised in and for organisations and companies. 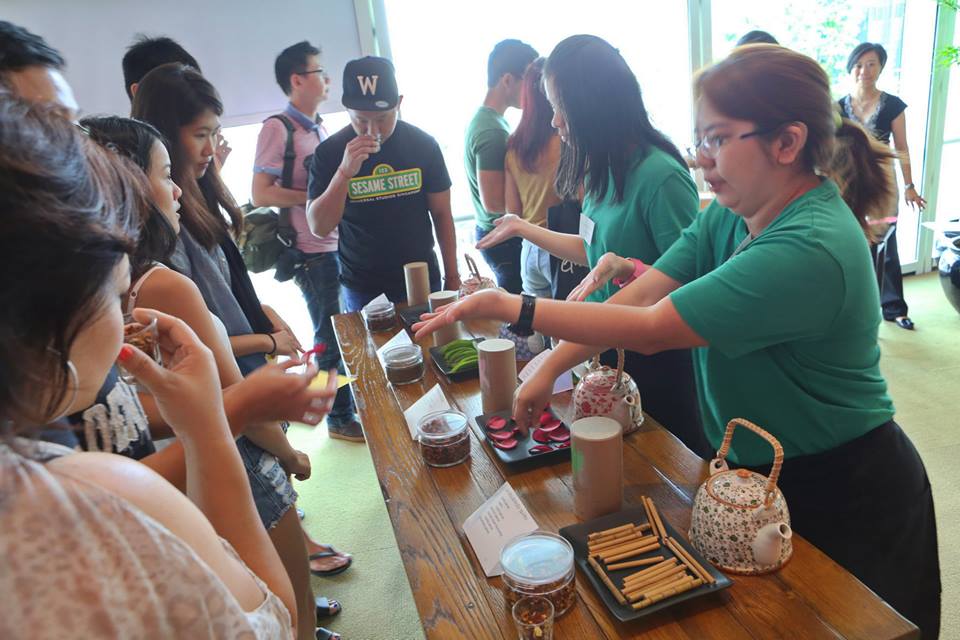 At these events, participants are introduced to “Tea Rituals” which are facilitated by the TeaRistas. They select their “TeaMoods” from a selection of 12 teas which are all natural and original blends made of flowers, fruit and herbs. The final stage is a “TeaArt,” where they are encouraged to express their reflections and thoughts from the TeaRitual through creating art using tea-ink made from the TeaMoods.

The Hush Experience has taken place at DBS Bank, the Tsao Foundation, as well as with members of the public at the National Library Building to rave reviews.

The experience has been heartening for Anthea.

“People often share with me how emotional they get, during the Hush Tea experience – from the compelling reflections they had about their lives, inspirations and courage to pursue their passion. It is always very humbling and encouraging to hear how participants can find so much joy and peace in the stillness of their minds and bodies,” she says.

With such a unique and innovative movement, what does the future hold for Hush Tea Bar? “I would like to see Hush in every workplace, sessionals or permanent ‘Hushlets’, because I firmly believe that businesses can be forces of good for a better world if employees at all levels are given the opportunity to make thoughtful and responsible choices. We hope that Hush will go global as well with the interests that have already come in from Taipei, Beijing, Seattle, Auckland and Lisbon so far”

As for Anthea, she has founded four other social movements for wellness and healthy living. She continues to serve her community by mentoring and giving back.

Anthea Ong is the founder of Hush Tea Bar, Playground of Joy, the GoodFood Org and Anagami wellness. She is a passionate, entrepreneurial leader with over 23 years of business strategy and change management. She is currently the President/Chair of Board of Wings and Honorary Secretary/Board Member of Daughters of Tomorrow. She also volunteers for charities such as Very Special Arts Singapore, Make-a-Wish Foundation, aLife and is a mentor to students in Northlight and ITE. She can be reached at anthea@hushteabar.com. If you wish to bring Hush into your workplace or attend the next Hush event, please click here.